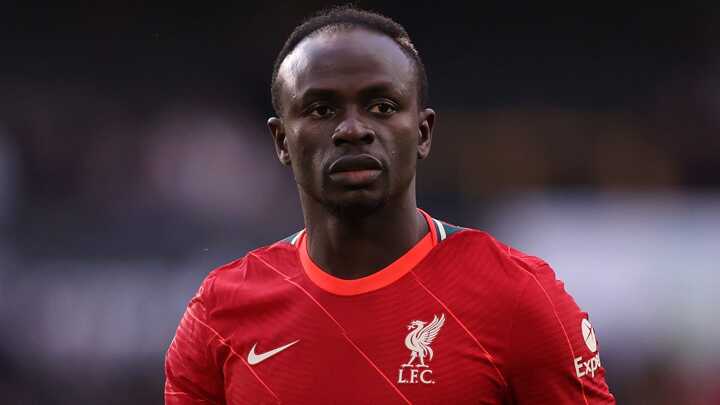 Liverpool plan to re-open talks with Sadio Mane over his future at the end of the season, amid reports of interest in the Senegal star from both Bayern Munich and Barcelona.

Mane is due to enter the final year of his Reds contract this summer, and negotiations over an extension have so far yet to reach a successful conclusion.

It was reported this week that Bayern, the Bundesliga champions, had made the 30-year-old a primary target, while a story in Spanish publication Mundo Deportivo on Tuesday suggested that Mane was now a serious option for Barcelona, and that the former Southampton man would be keen on a move to La Liga.

What is Liverpool's stance on Mane's future?

Liverpool sources insist they are relaxed about the situation, with talks between the club and Mane’s agent, Bjorn Bezemer, scheduled for the end of the season.

Bezemer has a strong relationship with Julian Ward, the Reds’ soon-to-be sporting director. He was with Ward and other club officials at the recent Champions League game in Villarreal, and it is viewed as unlikely that the stories linking Mane with a move away are a ploy to squeeze Liverpool into accelerating contract talks.

Mane, for his part, has insisted he wishes to concentrate on his football at present, with Liverpool still pursuing a possible quadruple. They face Aston Villa in the Premier League on Tuesday, before taking on Chelsea at Wembley in the FA Cup final on Saturday. Later this month, they will contest the Champions League final in Paris against Real Madrid.

Jurgen Klopp would, ideally, like Mane to stay at Anfield, but the situation is made trickier by the fact that Mohamed Salah, and to a lesser extent Roberto Firmino, are also approaching the final 12 months of their deals.

It has been described as “unlikely” that all three will renew, and in the case of Salah, Liverpool know they will have to break their existing wage structure in order to keep the Egyptian.

Mane’s salary demands would not be far behind, given his achievements and performances during his six years with the club, but any offer may well depend on the outcome of negotiations with Salah.

Would Mane look to leave Liverpool?

At this stage, there has been no indication, publicly or privately, that Mane is seeking a new challenge.

He is happy on Merseyside, though he is, naturally, aware that several of Europe’s top clubs are keeping a close eye on his situation.

And while Bezemer is understood to have met with Hasan Salihamidzic, the Bayern Munich sporting director, last weekend, it is understood that the German giants are not interested in pursuing a summer move for Mane.

Bezemer also represents Konrad Laimer, the RB Leipzig midfielder, whom Bayern are targeting, and sources have told GOAL and Spox that the discussions centred on that, as opposed to Mane.

Mane’s performances for Liverpool this season have been strong, particularly since the turn of the year. He has scored 21 goals in all competitions, and recently has thrived in a central striking role, with new signing Luis Diaz excelling on the left.

Diaz’s January arrival was seen as a sign that the Reds were planning for life after Mane, and Liverpool have also secured the capture of exciting Fulham teenager Fabio Carvalho, a player who can play across the forward line.

But Klopp, who signed his own contract extension recently, views both Mane and Salah as key players for Liverpool’s future. He is on record as saying that both will be able to play well into their 30s due to their professionalism and conditioning, and is acutely aware that replacing either player’s output would be extremely difficult, even allowing for the impact made by the likes of Diaz and Diogo Jota.