Liverpool are prepared to go into the transfer market in January to strengthen their forward line, Jurgen Klopp says. 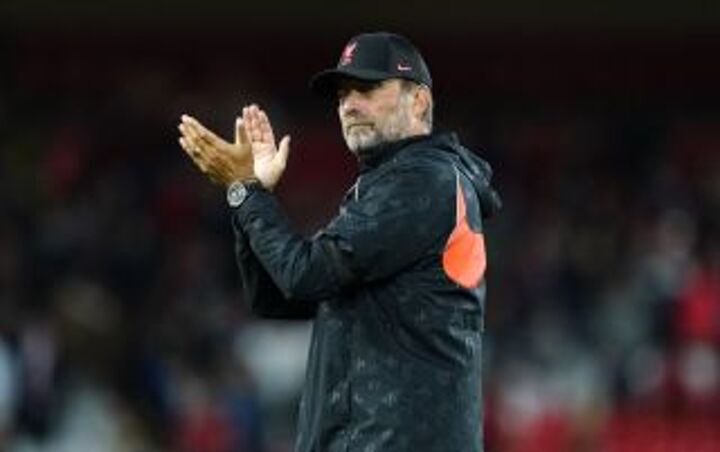 The Reds had a quiet window in the summer, with central defender Ibrahima Konate their sole acquisition.

There was instead a focus on securing the long-term future of several key first-team players.

Some Liverpool fans were nevertheless disappointed by the club's lack of business following a third-place finish in the Premier League last term.

But Klopp launched a fierce defence of the club's strategy and insisted he is prepared to spend money as early on January.

"It's really a little bit annoying that I have to talk about that because I said it already five million times," he said when asked about Liverpool's quiet summer.

"The only transfer we didn't speak after was Cristiano Ronaldo, but all the other things we spoke before.

"No, I'm not surprised that they do it, I was surprised - but it's a personal thing - that Cristiano left Juve because I didn't know that would happen and that's it.

"Clubs do business. When I say it, my problem is obviously my English because from time to time I obviously annoy some other managers and I don't want to annoy them, I'm not interested in it, why should I?

I say something, I think it's right, and then it is probably right in my mind and then two days later I hear the response from somebody and think, 'Why is he on his toes?!'

"Honestly, I couldn't care less what other clubs are doing. In a few weeks I am four years here, I signed up for this way when I arrived here.

"In that time, we were quite successful, not the most successful in the world, but quite successful. We won a couple of trophies exactly with that way and it's in all transfer windows the same.

"But it's always the same that we then get asked why do you do that? We thought it made sense that we sign up our squad in the moment that we have here and we did that.

"That is not as spectacular as all the rest around, I cannot change that because you cannot do transfer business just to be in a circus.

"But they did it, other teams signed players, fine, and now we will play them and see what we can do."

Liverpool will lose Mohamed Salah and Sadio Mane to the Africa Cup of Nations in January, potentially leaving them short of options in attack.

And Klopp suggested he will be on the lookout for a 'solution' to the temporary loss of two star players.

"That depends on the situation in the squad in that moment. It's not ideal, everybody knows that. The Africa Cup of Nations, they have the right to play their cup as well like Europe, like South America.

"We knew it, we have to deal with it and we will deal with it. How? We will see in January.

"People say you have to sign two strikers of the quality of Sadio and Mo, yeah that cannot be the solution because we cannot do that. We need to find a solution for that in January."