Liverpool could make a move for Real Madrid forward Marco Asensio in January, according to reports. 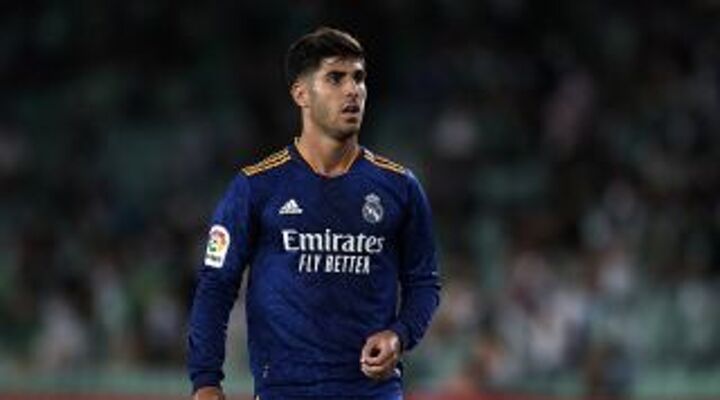 The Spain international is unhappy with a lack of game time at the Estadio Santiago Bernabeu.

The 25-year-old has only started one of Madrid's six matches in La Liga this term, and has been on the pitch for 140 of a possible 540 minutes.

Asensio is thought to be frustrated by his situation and believes a move away could be beneficial for his career.

According to Fichajes, Liverpool has emerged as a potential destination for the forward.

The Reds have shown an interest in Asensio in the past and could try their luck with an offer in January.

The winger is under contract with the Spanish giants until 2023, and Madrid are said to be receptive to bids in an upcoming window.

Milan and Juventus are also keeping tabs on the situation, and Liverpool could face competition from both Italian outfits if they do decide to make a move.

The Reds had a relatively quiet summer in the transfer market, with Ibrahima Konate their only addition.

Jurgen Klopp and his colleagues instead focused on tying down some key players to new long-term contracts.

Liverpool are working hard to convince Mohamed Salah to follow suit, but they are not neglecting recruitment from elsewhere.

It has been reported that Klopp will look to refresh his squad next summer, and Asensio is the type of player he might be interested in.

The Spaniard is hungry to get his career back on track and is still reasonably young at 25.

As long as Madrid do not demand too high a fee, we may well see Liverpool submit an offer for Asensio in the coming months.