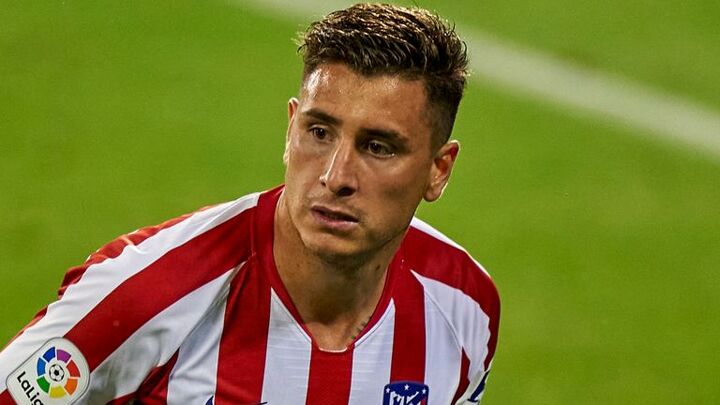 Uruguay international Gimenez has emerged as a possible target for City, according to The Guardian, amid claims earlier this month that City's negotiations to sign Napoli defender Kalidou Koulibaly are proving difficult.

City, who lost their Premier League title to Liverpool last season and were knocked out of the Champions League in the quarter-finals, have already signed Nathan Ake from Bournemouth for £41m this summer and Ferran Torres from Valencia.

Speaking on the Transfer Talk show, Vickery told Sky Sports News: "I have heard that if City haven't made a bid, they are certainly contemplating one.

"It is going to cost a lot of money. The Uruguayan press are speculating somewhere in the region of £80m to get this centre-back from Atletico Madrid to Manchester City.

"But is an area of the [City] team that really needs strengthening, doesn't it? It has been the Achilles heel of Manchester City, something that they should have reinforced already."

City have Aymeric Laporte, Eric Garcia, Nicolas Otamendi and John Stones, along with Ake, among their notable central defensive options.

Gimenez, a two-time Champions League finalist and Europa League winner in 2018, has made 130 appearances for Atletico since his move to the La Liga club in 2013.

Vickery added: "Gimenez is one of the best young centre-backs around. He is a baby-faced assassin. Only 25, and he looks younger, but he has already played two World Cups and he is as hard as nails and he can play as well.

"He has perhaps never operated in a team that is as attack-minded as Man City.

"Both with Atletico Madrid and Uruguay he is with more reactive teams so this would be a challenge for him but there aren't many better young centre-backs around in the world.

"I think it would be a costly piece of business for Man City, but a very good one."