Barcelona have reached an agreement with Manchester City star Ferran Torres over a long-term contract, according to German television channel SPORT1. Pep Guardiola's side, though, want €70million for the Spaniard's sale. 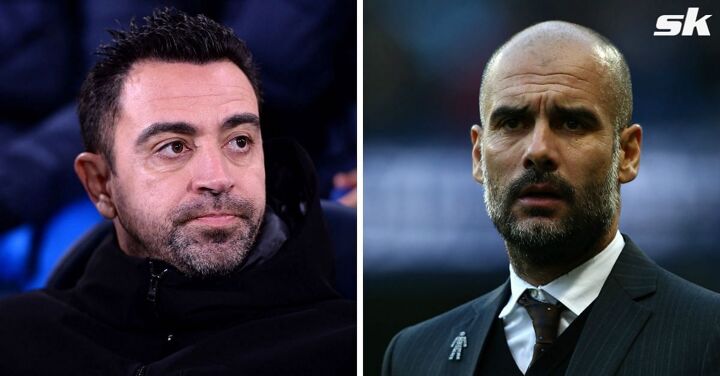 Torres joined Premier League champions Manchester City from La Liga outfit Valencia on a five-year deal last year. Since arriving at the Etihad Stadium, the 21-year-old has established himself as a regular in Guardiola's team, making 43 appearances across all competitions.

The Spaniard helped Manchester City win the Premier League in his first season at the club. Having only joined the side last year, Torres also has four more years remaining on his current contract.

However, Torres could soon be on his way out of Manchester City, with Barcelona interested in signing him. Blaugrana boss Xavi is reported to have identified the forward as the ideal candidate to strengthen his squad.

Aware of Barcelona's interest, Torres also appears to be keen on a move to Camp Nou. There have been suggestions that the Spain international has asked Guardiola to allow him to join the Catalans next year.

According to SPORT1, Barcelona have now reached total agreement with Torres over a long-term contract. The La Liga giants, though, still have to strike a deal with Manchester City.

The Premier League champions reportedly want a fee €70m to sanction a transfer for Torres, who is keen to join Barcelona in the winter transfer window.

It remains to be seen if Barcelona are willing to meet Manchester City's asking price for Torres. Blaugrana are currently facing financial constraints and could struggle to fork out a fee of €70million in January.

Ferran Torres is reported to have already asked Manchester City manager Pep Guardiola's permission to join Barcelona. It is said that the Spanish tactician will not stand in the forward's way if he desires to move to Camp Nou.

If reports are to be believed, Guardiola has agreed to allow Torres to join Barcelona next year. However, the former Blaugrana is keen to see the transfer happen on Manchester City's terms.

Barcelona have reportedly opened talks with Manchester City over transfer fees for Torres. The Citizens are claimed to want a sum of €70million for the Spaniard and it remains to be seen if the Catalans will meet the asking price.