Cristiano Ronaldo has now left Manchester United and speculation is growing about who his next club will be. The Portuguese forward agreed to terminate his contract by mutual consent and is available on a free transfer. 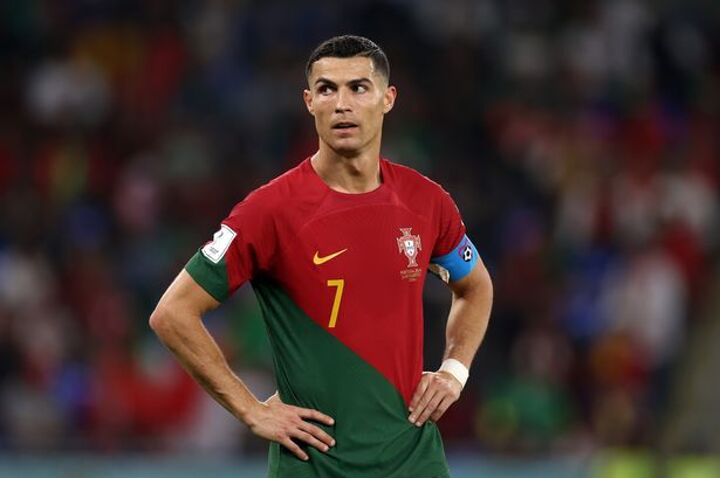 The World Cup however comes first for Ronaldo and he started it in style scoring a penalty in Portugal's 3-2 win against Ghana. In doing so he became the first player in history to score at five different World Cup tournaments.

However, it wasn't the perfect game for Ronaldo as he missed two great opportunities to get this important goal earlier in the game. The most notable being a header which he inexplicably was able to jump to meet, but then completely misdirected off target.

Despite some fans believing this will be the tournament where Ronaldo proves he's still got it, others are warning potential suitors such as Chelsea, that they shouldn't rush to conclusions and bid for the star if he performs.

One of these critics is United legend Teddy Sherringham. In an interview with BoyleSports Football he explained why Todd Boehly and Chelsea should avoid bidding for Ronaldo.

He said: "I don't think Ronaldo is a good move for Graham Potter at all. Not so early in his Chelsea career to be dictated who comes in. He obviously wants to have a full say on what happens at the club and that would send out the wrong message straight away."

It was reported that one of the factors behind Thomas Tuchel's sacking was his reluctance to sign Ronaldo in the summer when Boehly was keen to bring him to the club. At the moment though it seems unlikely that he will follow up on his interest in January.

Sherringham did admit however that anything can happen: "Football surprises you every day and you don't know what could happen next, so who knows?"

Ronaldo is back in action for Portugal against Uruguay on Monday.