Manchester United transfer target and Brighton midfielder Moises Caicedo could be a more likely signing than Frenkie de Jong in January, according to reports. 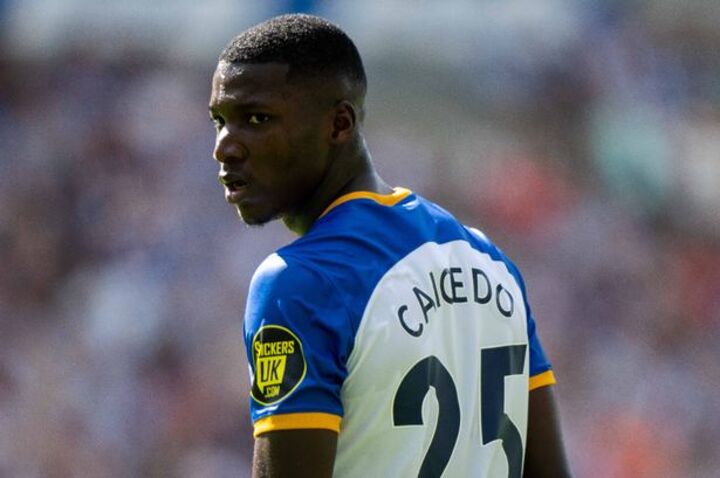 The Reds were linked with a move for Barcelona star De Jong throughout the summer transfer window, but a move failed to materialise - despite the two clubs reportedly agreeing a fee for the Dutchman.

Although Erik ten Hag signed Casemiro from Real Madrid last month, United are still thought to be keen on recruiting another midfielder in the next year.

Journalist Dean Jones believes that Caicedo could be an option for the Reds, admitting that a move for De Jong appears 'firmly out of sight'.

"Frenkie De Jong, obviously, was the player we thought would be coming in initially, but it seems firmly out of sight at the moment," Jones told GiveMeSport.

"He looks so happy at Barcelona; things are going well for him there. So, at this point, maybe you can say Caicedo’s at least more likely than Frenkie De Jong."

Elsewhere, free agent Santiago Arias can negotiate with United by his own accord, according to Colombian journalist Pipe Sierra.

The right-back has been linked with a move to Old Trafford in recent days after leaving Atletico Madrid over the summer - with reports suggesting that he had 'his bags ready to move to Man United'.

While Ten Hag is thought to be keen on recruiting the defender to provide competition to Diogo Dalot and Aaron Wan-Bissaka, Sierra has claimed that the player's agents and lawyers are not in dialogue with the Reds.

However, he added that Arias - who made over 50 appearances for Atletico during his time in Spain - is able to negotiate with the club 'by his own'.