Manchester United will reportedly look at alternative options to Declan Rice, who they have been linked with signing next summer. 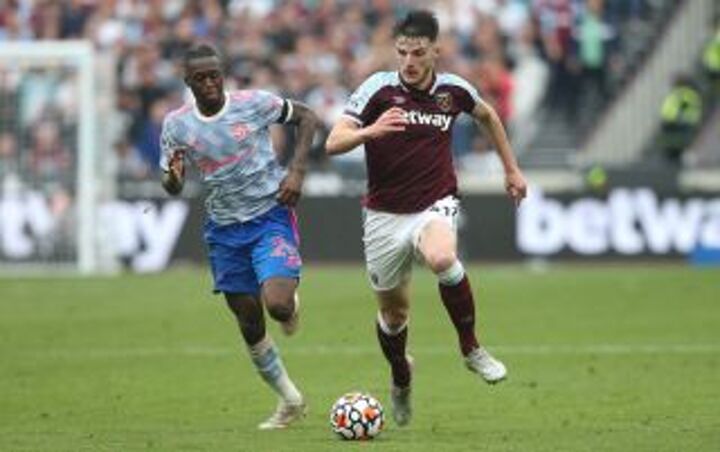 United have been said to be interested in the West Ham midfielder for some time, but there may be some concerns over the likely asking price.

West Ham are believed to value their vice-captain - who is under contract until 2024 - at up to £90 million.

Rice really announced himself on the international stage this summer, playing an integral role at the base of Gareth Southgate's England midfield and starting every game in their run to the final.

According to ESPN, with the potential fee in mind - as well as doubts over whether Rice is the answer to their defensive midfield deficiencies - United have told their scouts to come up with alternative targets.

One of those could be Brighton's Yves Bissouma - who has been linked with United, Arsenal and Liverpool in recent months.

At 25, the Mali international is a few years older than Rice, but it has been reported that he could be available for as little as half the price.

But this latest emergence suggests that United could cast quite a wide net in their search for their biggest missing piece. They'll want to get it absolutely spot on, after all.