Manchester United are reportedly interested in signing Barcelona midfielder Frenkie de Jong. Catalan outlet El Nacional are reporting that the Red Devils are ready to pay as much as €55 million to sign the Dutch magista. 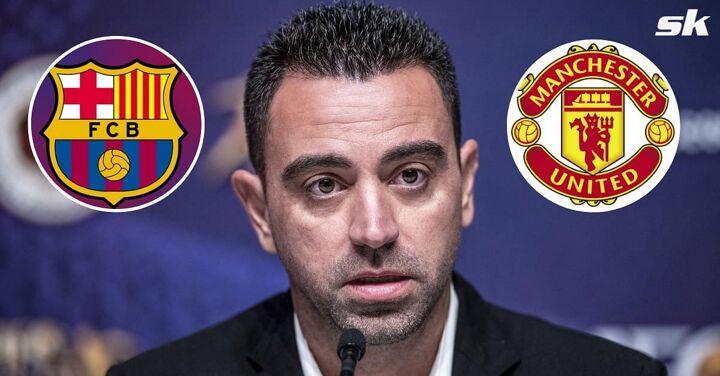 Barcelona signed de Jong from Ajax in 2019 for a reported fee of €75m. The Dutchman was considered to be the successor to Sergio Busquets at the club. However, with Busquets still going strong, de Jong has been deployed in a different role.

He has shuffled around in various positions in midfield and has found it difficult to have the same impact he had at Ajax. However, de Jong is still only 24 years old and carries the potential to be one of the best holding midfielders in the world.

So far, the Dutchman has played 107 games for Barcelona, scoring nine goals and creating 14 assists in the process. Earlier reports had claimed that new Barcelona manager Xavi was ready to sell de Jong to raise funds at the club.

It has been close to a decade and Manchester United have still not managed to find an able replacement for Paul Scholes. The former England midfielder was even brought back from retirement to fill in at the holding midfield position.

Manchester United have spent close to £1 billion since then but are yet to field a world-class magista in their team. Fred, a box-to-box midfielder, was slotted into that position but the move has failed to pay dividends. Nemanja Matic is no longer in his prime while Scott McTominay has not developed enough to command that position for Manchester United.

The club have realized that having a holding midfielder could drastically change their team balance and that might be the reason behind their interest in de Jong.

Given Manchester United's team personnel at the moment, de Jong will fit in perfectly at Old Trafford. Having him screen the defense would allow the likes of Bruno Fernandes and Paul Pogba to romp forward in midfield.

United are reportedly ready to pay €55m for the Dutchman. Barcelona will be tested hard as it provides them with good money at a time of financial crisis for the club.