Man Utd are not in for AC Milan winger Rafael Leao but they do have three other strikers in their sights, according to reports. 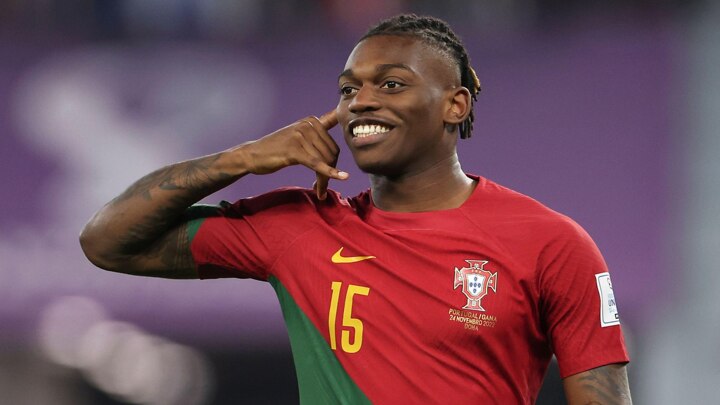 The Red Devils agreed to mutually terminate Cristiano Ronaldo's contract earlier this week after he shocked the club during an interview with Piers Morgan.

Ronaldo's position at Old Trafford looked untenable after his explosive interview with Morgan in which he criticised manager Erik ten Hag and club officials.

After exploring their options the Premier League club issued a statement on Tuesday evening announcing the player's departure with immediate effect.

United's statement said the decision was mutually agreed with the player, whose reported £500,000-a-week contract still had six months to run, but it is understood there has been no pay-off and there are no ongoing obligations for the club.

And now Man Utd are in need of a replacement with Ten Hag now relying on Marcus Rashford and injury-prone Anthony Martial as his two main striker options.

There was speculation that the club were prepared to back Ten Hag with funds anyway but Ronaldo's departure means the club will definitely dip into the market if they can do a deal for the right striker.

There have been rumours that AC Milan's Leao could be an option but Sky Germany journalist Florian Plettenberg 'not hot between him and Manchester United' with the Premier League outfit 'focused on finding a striker'.

However, Plettenberg does bring us news of a wishlist at the club that includes three strikers that Ten Hag is targeting in the January transfer window and beyond.

Barcelona forward Memphis Depay, who has been linked heavily to Man Utd already this month, could return to Old Trafford with Plettenberg insisting that Ten Hag 'can really imagine bringing him back'.

Napoli striker Victor Osimhen is 'one of the top candidates to replace Ronaldo' with Man Utd recruitment chiefs 'convinced that he could improve' Ten Hag's side.

Plettenberg adds that there have been 'no negotiations yet' with the Red Devils absolutely adamant they don't 'want to pay €100m' for the 23-year-old, who has scored 38 goals in 76 appearances for Napoli.

Jonathan David is 'another candidate' on Ten Hag's wishlist with the Lille striker – who is currentlly representing Canada at the World Cup – being 'scouted several times' by Man Utd.

David, who has an impressive scoring record for Lille, 'wants to make the next step' and Plettenberg has 'been told that Lille would release him in winter for around €50m transfer fee'.