Manchester United could ask for as much as €45-50 million for Juventus target Anthony Martial, according to Italian outlet Calciomercato (via Sport Witness). 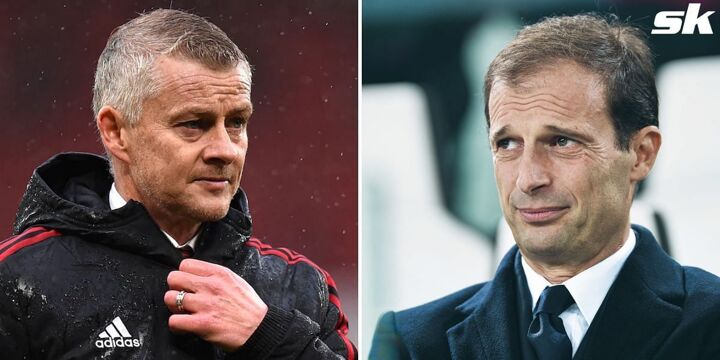 Anthony Martial has been one of the forgotten forwards at Manchester United this summer. The 25-year-old has made just seven appearances this season, scoring just once.

According to the aforementioned source, Manchester United could offer Martial to Juventus as early as the upcoming January transfer window. However, the Red Devils could ask for a fee in the range of €45-50 million. The fee could be considered exceptionally high, given the striker has been out of form for two seasons now.

Calciomercato says that Juventus could instead look to bring Martial in on a one-and-a-half year-long loan deal. They would like to have an option to make the move permanent in 2023 for a fee of around €30 million.

Juventus could do with a new forward this season. The Old Lady saw Cristiano Ronaldo move to Manchester United earlier this summer, and replaced him with Everton's Moise Kean. The 21-year-old Italian forward has struggled to find his feet this season, having scored just twice in 11 games so far.

Anthony Martial has fallen down the pecking at Manchester United following the arrivals of Cristiano Ronaldo and Jadon Sancho. Apart from new arrivals, the emergence of Mason Greenwood has hindered Martial's game time at Old Trafford.

Paul Pogba could make a move from Manchester United to Juventus for the second time in his career. The 28-year-old midfielder has entered the final year of his contract, and has so far shown no intentions of signing an extension.

Various European giants are rumoured to be interested in signing Pogba on a free transfer come next summer. Interested teams include Paris Saint-Germain, Real Madrid and Juventus.

However, according to Caught Offside, Juventus have admitted that a move for Pogba might not happen next summer. A senior Juventus official was quoted as saying:

Paul Pogba had an outstanding start to the new season, registering seven assists in the first four league games. However, the Manchester United star has failed to make a single goal contribution since then.

The 28-year-old midfielder also saw a red card against Liverpool in Manchester United's 5-0 defeat at home to Liverpool.