Tottenham are keeping tabs on Anthony Martial ahead of a potential January move, according to reports. 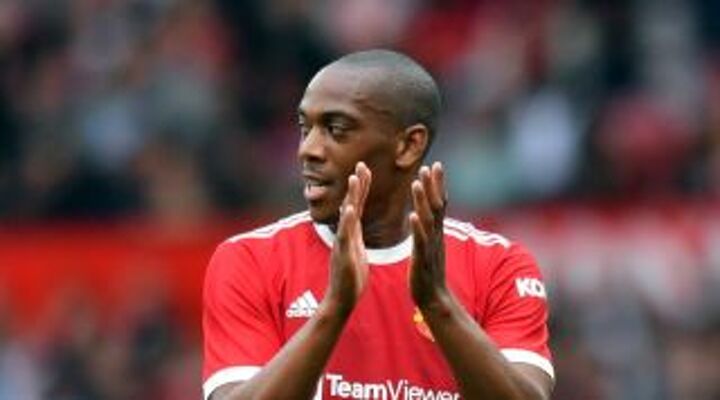 The Manchester United forward has been linked with a move away from Old Trafford in the winter window.

Martial has slipped down the pecking order this season following the arrival of Jadon Sancho and Cristiano Ronaldo.

The France international has started just one Premier League game in 2021/22, and played 97 minutes in the top flight in total.

Martial was included in the starting XI for the League Cup loss to West Ham on Wednesday, another indication of his diminished status within Ole Gunnar Solskjaer's squad.

Barcelona are said to be admirers of the former Monaco man, but their financial problems mean a move to the Camp Nou is improbable.

A more realistic destination could be Tottenham, with the Daily Express reporting that the north London side are interested.

Spurs managing director Fabio Paratici enquired about Martial's availability over the summer, but United did not want to let him go at that point.

Perhaps they would have given Tottenham a different answer had Ronaldo arrived earlier in the window, but his return to Old Trafford was only confirmed on transfer deadline day.

The report suggests Spurs might consider a swap deal with Tanguy Ndombele heading in the other direction.

The Frenchman appeared in last weekend's 3-0 defeat by Chelsea but that was his first outing of the Premier League season.

Ndombele is a talented player but he has not yet hit the heights expected of him in north London.

However, it is unclear whether Tottenham would genuinely be prepared to let him leave in exchange for Martial.

Nuno Espirito Santo has plenty of attacking options at his disposal already, whereas Spurs are relatively short of quality in midfield.

A cash offer for Martial might be more realistic - and United would probably prefer that too.