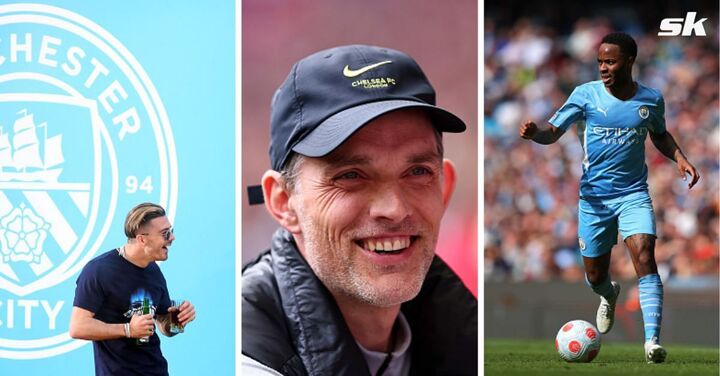 The former England international has also claimed that it will be a good deal for the Blues if they can sign the former Liverpool forward.

As reported by Sky Sports on June 20, Thomas Tuchel's side have registered their interest in Raheem Sterling, who has just one year left in his contract.

With Romelu Lukaku edging closer to a loan move back to Inter Milan as per Fabrizio Romano, the Manchester City forward will be a good signing for Chelsea as per Murphy.

Danny Murphy has suggested that Sterling is just below the world-class bracket and is better than Manchester City record signing Jack Grealish. He told talkSPORT:

“I think if you look at City’s attacking talent… would you have Grealish ahead of Sterling? I wouldn’t."

Murphy has insisted that he would pick Sterling over both Riyad Mahrez and Jack Grealish, particularly in big games. He has also claimed that Chelsea fans should be more than happy if they can bring Sterling to Stamford Bridge.

“Does Sterling get in my best XI? He does for me but he doesn’t for Pep so it looks like they’ll let him go. If I was a Chelsea fan I’d be more than happy having Sterling.”

Since his move to the Etihad from Liverpool back in 2015, Sterling has been a decisive player for the Cityzens.

He has scored a total of 131 goals and provided 95 assists in 339 games for the Sky Blues till date.

The England international has been pivotal behind everything Manchester City have achieved over the years.

Still only 27 years of age, Sterling has plenty of football left at the highest level and should be able to elevate the standards at Chelsea.

He is naturally fit, versatile and pacey and also boasts plenty of experience at the top level which makes him perfect for Thomas Tuchel's side.