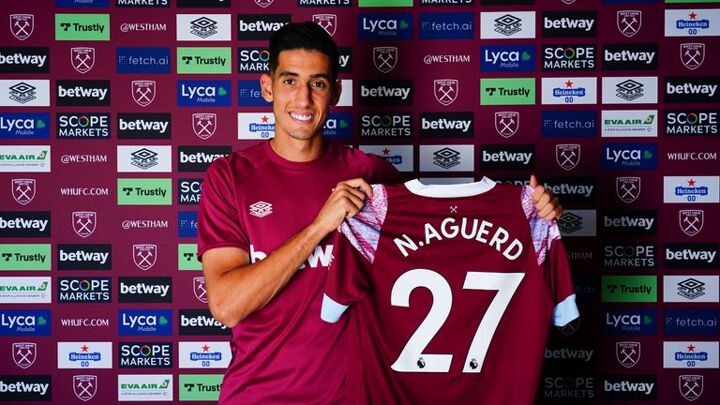 The Moroccan defender has signed a five-year contract with David Moyes' Hammers, in a deal that will cost the east Londoners around £30m, including add-ons.

Aguerd is Moyes' first foray into the transfer window, as West Ham plan to improve their squad ahead of a season that will see them combine Premier League improvement with a first Europa Conference League campaign.

"I was really excited when I heard about West Ham United's interest," said Aguerd. "When I heard about it, I knew I needed to go to the Premier League, because it's a dream for every player.

"West Ham is a historic club. I saw a few of their games this year, and I saw the fans and the atmosphere were fantastic, with the bubbles! I talked with the manager and he showed me that he was very interested, so it was easy to choose to come to West Ham." 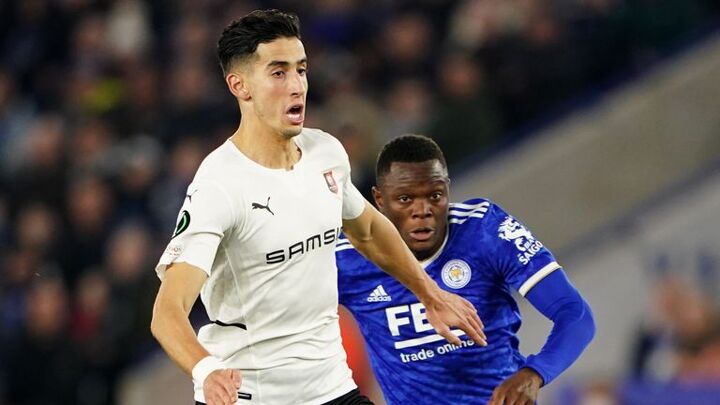 "I am delighted to welcome Nayef to West Ham United," Moyes added. "We have tracked his progress for some time and I'm very pleased that we have been able to complete the signing. He's a great addition that will add to our defensive options.

"I have been really impressed with Nayef's character and attitude during our discussions. He has a great desire to improve and be successful, and I am sure he will fit in very well to the environment we have at Rush Green."

The 26-year-old arrived in London last week to complete his medical. One source told Sky Sports News that Newcastle also registered an interest in Aguerd, though the Magpies are also keen on Lille's Sven Botman. 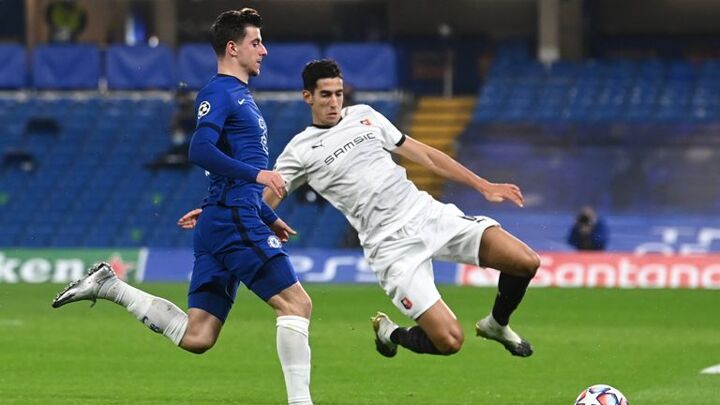 West Ham continue to work on a deal for PSG goalkeeper Alphonse Areola, who was on loan at the Hammers last season. They are expected to trigger the option to buy clause - believed to be set at £11m - they have to buy Areola once personal terms are finalised.

It is thought two other clubs have shown an interest in Areola, but West Ham remain hopeful of getting a deal done.

"I think it's a great signing because he's left-footed but it's not just that, it's a sweet left foot. He has a good technical ability for a centre-back which is quite rare.

"He's tall, quick and reads the game well and is a threat at set pieces. He's scored goals on set pieces offensively and we know how good West Ham are at set pieces. He's going to be another weapon in that armour on top of all the others. It doesn't matter whether he plays with Craig Dawson, Kurt Zouma or in a back three as Angelo Ogbonna who is back from injury as well. He's young too. He's a fantastic signing.

"He will go to the World Cup, so as a first season in England when you need to adapt, leaving for six weeks and coming back on Boxing Day may be a bit tricky. He's a really talented boy and polite too. He's got his feet on the ground, I couldn't speak more highly of him."

Which other positions are West Ham targeting? 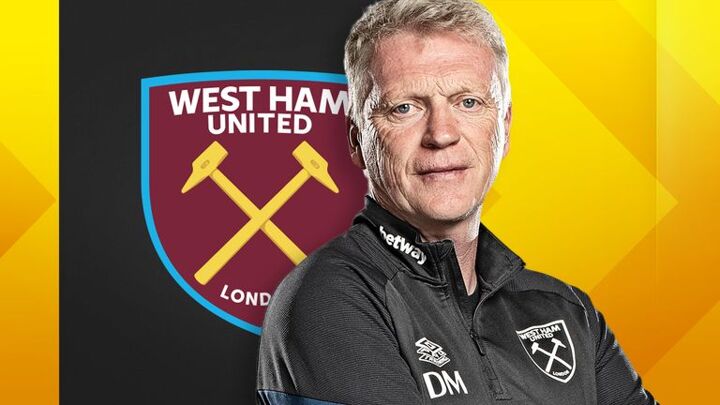 David Moyes will be given money to spend to carry on strengthening his squad, with Mark Noble, Andriy Yarmolenko, Ryan Fredericks and David Martin all leaving at the end of their contracts.

One of the sagas of the summer will be the future of Declan Rice. West Ham have made it clear they will not sell him this summer but you would think they would find it difficult to turn down an offer in the region of £100m. Rice has two years left on his contract but West Ham have the option of extending it by another year to the summer of 2025.

As well as defender Nayef Aguerd, they are also interested in Hull City forward Keane Lewis-Potter. Talks have also been held about signing Jesse Lingard when his Manchester United contract runs out this month. 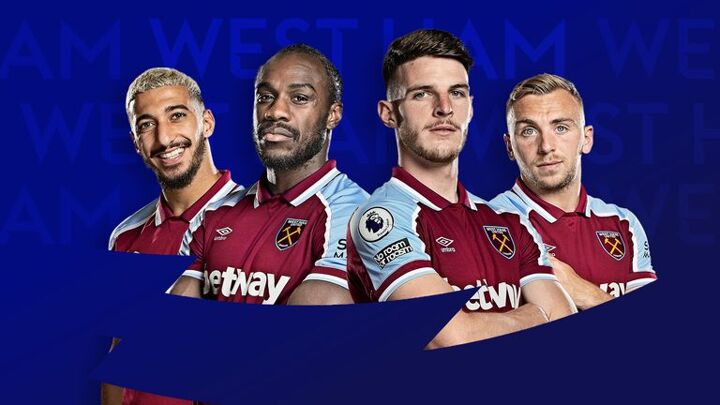 David Moyes' side drew the corresponding fixture 2-2 in the run-in to the 2021/22 season, briefly giving Liverpool hope in the race for the title when they took a 2-0 lead.

West Ham, who ultimately finished seventh and qualified for the Europa Conference League, follow City with a trip to newly-promoted Nottingham Forest before Brighton, who they have never beaten in the Premier League, visit the London Stadium.

The Hammers face Leicester at home on November 12 before the 2022/23 season breaks for the World Cup in Qatar and they return to Premier League action on Boxing Day at the Emirates against Arsenal.

West Ham's final home game of the season is against Leeds on May 20 before their campaign closes at Leicester City on May 28.

Moyes will find out who his side will face in the Europa Conference League play-off round (fixtures played on August 18 and 25), when the draw takes place on Tuesday, August 2.