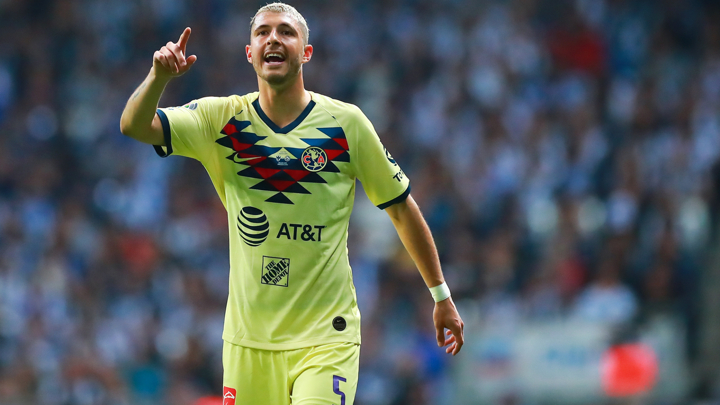 The 25-year-old joins up with the La Liga side for a reported fee of $10 million after the two sides had engaged in negotiations over the past several days.

Rodriguez has signed a contract with Betis through 2024 and has become the club's second January signing after midfielder Carles Alena joined on loan from Barcelona.

The Argentina international began his career with River Plate in his home country and also spent time on loan with Defensa y Justicia.

In 2016 Rodriguez moved to Mexico, joining up with Club Tijuana. One year later he joined Liga MX power America, where he would go on to experience major success both on a club and individual level.

Rodriguez helped Club America win the Liga MX Apertura championship in 2018 and then the Copa MX title the following year.

For his efforts, Rodriguez won the 2018-19 Liga MX Balon de Oro, the prize awarded to the division's top individual player.

Rodriguez's form in Mexico has seen him become a full senior international, making his Argentina debut in June 2017 and having earned nine total caps in his career thus far.

Club America released a statement on their Twitter account thanking Rodriguez for his time with the club and wishing him luck in his first foray into European football.

"You helped us with our dream of winning a 13th title, a Copa MX and a Campeon de Campeones. Now it's our turn to support you with your dreams. Thank you Guido Rodriguez, and here's to much success in Europe!" the club tweeted.

At Betis, Rodriguez will link up with his former Club America team-mate Diego Lainez, who has struggled to impose himself in Spain.

Though he is considered one of Mexico's top prospects, Lainez has only made one La Liga start in 2019-20 and has scored just two total goals for Betis since joining in January 2019. The 19-year-old has been linked with a loan exit in the January transfer window.

Rodriguez will be expected to have more of an impact with the Andalusian club, who have been without defensive midfielder William Carvalho since October due to an ongoing muscle injury.

Betis are currently 13th in the Liga table.