Spanish newspaper ABC says the French club know Kylian Mbappé won’t renew and Leonardo wants to include the Brazilian striker in the operation. 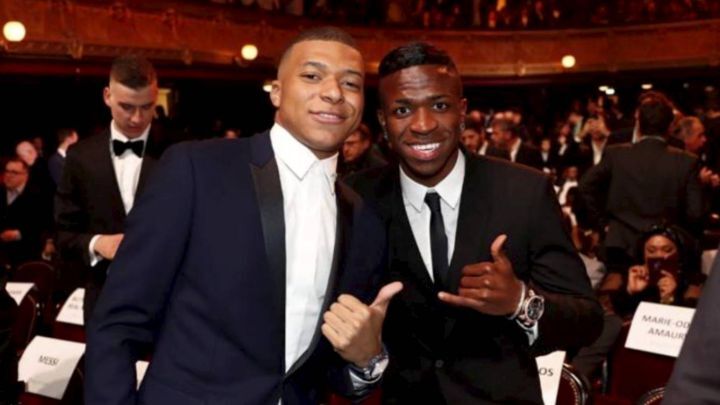 Real Madrid appear to have decided to focus on landing Haaland this summer, but they haven’t taken their eyes off PSG’s Kylian Mbappé, one of Florentino Pérez’s main targets which was frustrated by the pandemic and the economic consequences. The Norwegian looks to be the easier signing for the Spanish club, and cheaper, but Real Madrid still want to see Mbappé playing at the Bernabéu and if there is any chance whatsoever, they will make their move. And PSG, according to Spanish daily ABC, appear to have accepted they will eventually lose one of their biggest stars and are already making plans for the future.

Mbappé will not renew with PSG

According to ABC, PSG know Mbappé won’t renew his contract with them, which finishes in 2022. The French striker has rejected several attempts by the club to extend his deal, as he waits for what he believes could be a more ambitious project for his future in all senses, with Real Madrid expected to be the most likely suitor.

Mbappé has been a fan of Real Madrid since he was a boy and his idol was Cristiano Ronaldo, whose posters covered the walls of his bedroom in the Bondy neighbourhood in Paris.

If Mbappé refused to accept a new deal, the summer of 2021 will be the final chance for PSG to bring in cash from his transfer. They paid 180 million euros to Monaco in 2018, although the sale was actually finalised in 2018, with the first year being booked as a loan, with one eye firmly on the Financial Fair Play rules. That signing came just after they landed Neymar for 222 million euros from Barcelona. PSG are said to want 225 million for the sale of Mbappé, but Real Madrid may have a way of reducing the price.

Real Madrid might be able to lower the price of Mbappé by including Vinicius in the operation. According to ABC, PSG will be happy to ask for the Brazilian in the deal, at the express request of PSG sporting director Leonardo. If the move for Vinicius from Madrid to Paris is agreed, that could lower the price of Mbappé from 225 million to 165, a saving of 60 million. According to transfer website Transfermarkt, Vinicius is valued at around 40 million euros, with Real Madrid having paid 45 for him back in the summer of 2018.

ABC also note that relations are notably cordial between Real Madrid and PSG, as they have been for many years, with their respective presidents Florentino Pérez and Nasser Al Khelaifi getting on well, which could be another key factor in Real Madrid being the most likely club to land Mbappé. That plus the fact PSG want Vinicius if they are forced to lose Mbappé.