Manchester City star Ferran Torres has asked Pep Guardiola to allow him to join Barcelona, according to Spanish sports daily Mundo Deportivo. The Cityzens boss has agreed to sanction the move if the clubs can reach an agreement. 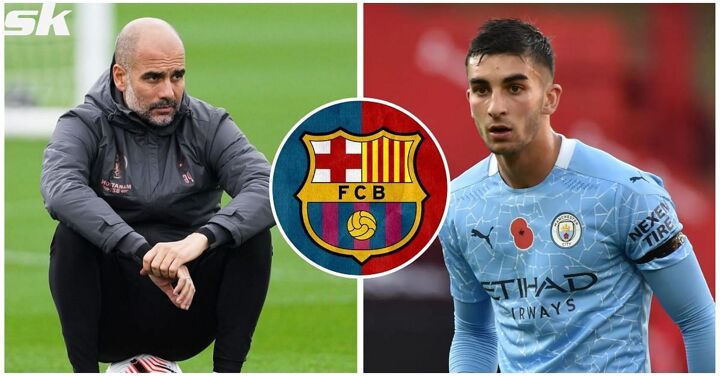 Premier League champions Manchester City signed Torres from La Liga side Valencia for a fee in the region of £20m last year. The 21-year-old has established himself as a regular for Guardiola's side since joining them, making 43 appearances across all competitions.

Having only joined Manchester City last year, Torres still has four more years remaining on his contract with the club. However, there appear to be concerns about the Spain international's future at the Etihad Stadium.

New Barcelona boss Xavi is said to have identified Torres as an ideal candidate to strengthen his squad. According to reports, the winger is also tempted by the prospect of plying his trade for Blaugrana.

It has now emerged that Torres has already asked Manchester City manager Guardiola to allow him to move to Barcelona. And, according to Mundo Deportivo, the Spanish tactician will not stand in the player's way.

Guardiola has reportedly agreed to sanction the move for Torres if Manchester City and Barcelona can reach an agreement over transfer fees. The former Blaugrana manager is said to have an understanding of the player's desire to join one of the biggest clubs in his homeland.

While Torres is tempted to join Barcelona, he does not appear to be unhappy at Manchester City. The Spaniard has reportedly told Guardiola that he is grateful for how he has been treated at the Premier League club.

A move to Barcelona, though, is not something Torres can say no to if reports are to be believed.

Xavi took charge as Barcelona's new manager earlier this month. The Spaniard is now keen to bolster his ranks and has identified attack as a position that needs to be strengthened immediately.

Barcelona have identified Manchester City star Torres as an ideal candidate to add to their attacking options. The Spaniard is also open to the idea of moving to Camp Nou.

However, Torres is not the only player on Barcelona's transfer wishlist as they look to strengthen their squad. The Catalans have also identified RB Leipzig attacker Dani Olmo as a potential recruit.

It remains to be seen who Barcelona will look to sign when the transfer window opens.