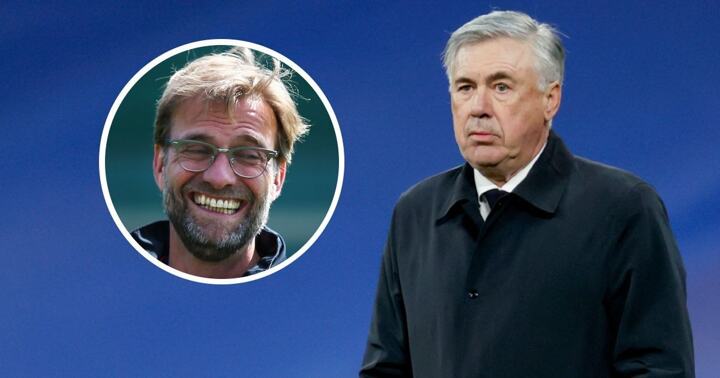 The England international,19, is one of the most coveted players in world football right now. As per The Athletic, the Borussia Dortmund midfielder is also being courted by Manchester City and Manchester United.

Football Insider claims that the Bundesliga side are keen on tying Jude Bellingham down with a new lucrative deal. The report claims that Dortmund are also willing to sign the player's younger brother Jobe Bellingham, 17, to convince him to stay.

However, former Aston Villa striker Gabby Agbonlahor feels that the Reds hold an advantage over Los Blancos, who could be their biggest competitors for Bellingham's signature. He has claimed that Jude Bellingham might not fancy a move to Madrid given the midfield options at the club.

“You have to remember Real Madrid have [Aurelien] Tchouameni, they have [Eduardo] Camavinga, [Toni] Kroos and [Luka] Modric are still there. They’ve got a lot of options, Real Madrid. [Federico] Valverde is another one."

"Bellingham is not going to want to go somewhere where he’s not guaranteed to start and I don’t think he’d start in that Real Madrid midfield."

Agbonlahor insists that Jude Bellingham would be a guaranteed starter at Anfield. He added:

“He’s probably looking at Liverpool and thinking ‘I’m straight in, I’d play every game.' I think he would choose Liverpool. I don’t think Real Madrid would go in for him, they’ve got enough cover in that position."

"I don’t think they’d spend the big money on him. They might even want him to go to Liverpool and they get him afterwards, after four or five years.”

The Merseysiders are expected to sign Bellingham from Borussia Dortmund in the summer of 2023 according to The Daily Mail.

It is understood that the Reds are ready to wait for another season to secure youngster's services. This could also be why they did not sign a new midfielder this summer.

Real Madrid already have Kroos, Modric, Camavinga, Valverde and Tchouameni as options in midfield. Bellingham could, therefore, struggle to nail down a spot in the starting XI at Madrid.