Real Madrid have ruled out the signing of Borussia Dortmund striker Erling Haaland, according to El Chiringuito TV. Los Blancos believe the Norwegian will move to the Premier League in the summer. 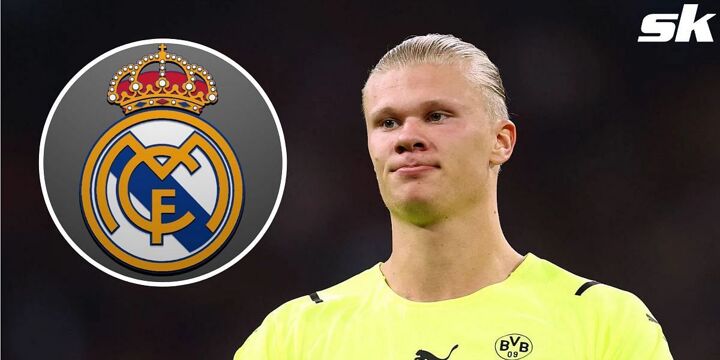 Haaland has been in red hot form for Borussia Dortmund since joining them from Red Bull Salzburg in January last year. The 21-year-old has scored 70 goals and provided 19 assists from 69 appearances for the Bundesliga giants.

The Norwegian's performances for Borussia Dortmund have seen him attract transfer interest from some of the biggest clubs in the world. La Liga giants Real Madrid have been credited with an interest in Haaland, who also has admirers in the Premier League.

Haaland still has three more years remaining on his contract with Borussia Dortmund. However, the striker is tipped to leave the German club at the end of the season, as a release clause worth €75m is expected to come into effect next summer.

Real Madrid have been heavily linked with a move for the former Red Bull Salzburg frontman. Los Blancos, though, have now ruled out Haaland's signing, according to reports.

Carlo Ancelotti's side reportedly believe Haaland will move to the Premier League next summer. And hence, Real Madrid appear to have ended their interest in the Borussia Dortmund goalscorer.

It remains to be seen if the Bernabeu outfit will revive their interest in the striker, who is expected to be at the center of a transfer battle next summer.

Real Madrid are claimed to be convinced Erling Haaland will move to the Premier League at the end of the season. The Norwegian has attracted significant transfer interest from clubs in England.

Pep Guardiola's Manchester City have been credited with an interest in Haaland. Their derby rivals Manchester United are also said to be admirers of the Norway international.

Chelsea were heavily linked with a move for Haaland ahead of the 2021-22 season. However, they went on to sign Romelu Lukaku from Serie A champions Inter Milan instead.

Liverpool have been briefly associated with a move to sign Haaland. But there are no signs that the Reds are prepared to get into a transfer battle with the likes of Manchester City and Real Madrid.

While the European giants are battling it out to acquire Haaland's services, there have been suggestions that Borussia Dortmund are determined to tie him down to a new deal. The German side, though, could struggle to keep hold of him.