Eric Bailly is among the seven players Manchester United are planning to sell in the January transfer window, according to the Sun . 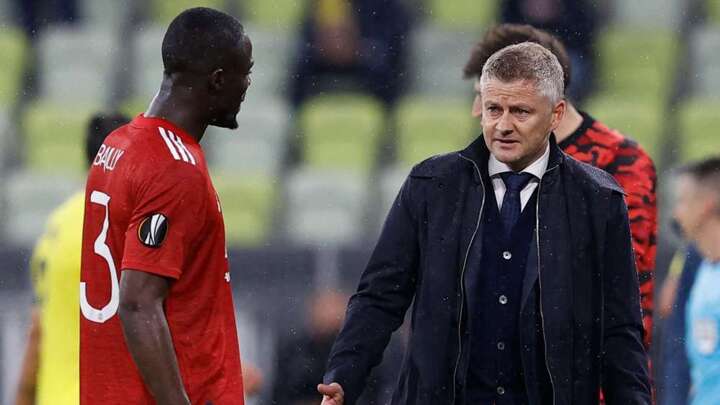 The Ivory Coast defender extended his contract at Old Trafford until June 2024 in April but he appears to have fallen out of favour under Ole Gunnar Solskjaer.

Bailly is yet to play for the Red Devils this season and he has appeared in the matchday squad thrice.

Liverpool have opened discussion with Naby Keita over the renewal of his contract at the club, according to Calciomercato .

Keita moved to Anfield from RB Leipzig in 2018 and his current deal at the club is expected to expire in June 2023.

On Sunday, the Guinea captain scored his first Premier League goal since July 2020 in Liverpool's 3-0 thrashing of Crystal Palace.

AC Milan are considering a move for Sampdoria defender Omar Colley to reinforce their defence next summer.

Calciomercato reports that the Rossoneri want the Gambia centre-back to replace Alessio Romagnoli who is in the final year of his contract and he has not renewed.

The 28-year-old has proved his physicality since he moved to Italy in 2018.

Tunisian giants Esperance have joined a host of clubs from Italy, Spain and Turkey in the race to sign former PSG and Newcastle United star Hatem Ben Arfa.

Foot Mercato claims the four-time Caf Champions League winners are interested in signing the former France international on a two-year deal and he is in the process of considering his next step.

The 34-year-old is currently a free agent after he spent last season in the French Ligue 1 with Bordeaux.

Bordeaux are in advanced talks to sign Rennes striker Mbaye Niang, according to L'Equipe .

The Girondins are currently winless in the Ligue 1 this season after five matches and they see Niang as an option to boost their attacking force.

Ligue 1 rules allow for clubs to make one additional transfer outside of the usual summer and winter windows, although the signing must be playing in France.

The move reunites Guedioura with manager Slavisa Jokanovic whom he play under at Watford and Qatari club Al-Gharafa.

Leicester midfielder Nampalys Mendy will not join Galatasaray again on loan, even though the two clubs have agreed on a deal.

According to Foot Mercato , the move collapsed because Mendy is still in Dakar with the Senegal national team and he won't be able to make it to Istanbul to complete his medical examination before the Turkish transfer window closes on Wednesday night.

The 29-year-old, who has not made Leicester's matchday squad this season, will now have to fight for his place in Brendan Rodgers' team until at least January.

Paris Saint-Germain have started working on a deal for Franck Kessie after he turned down a new offer to extend his stay at AC Milan, via ESPN .

The French Ligue 1 giants are said to have spoken to Milan technical director Paolo Maldini and they are ready to give the Ivorian midfielder €9 million per annum - €2.2m more than the Rossoneri's latest offer.

Kessie is in the final year of his contract at the San Siro Stadium and he is reportedly attracting interest from Tottenham Hotspur as well.

The Genk chief complained that the Reds do not have a player like the 27-year-old who scored 33 goals in the Belgian First Division A last season.

Read the full story on Goal .

Mohamed Salah and Liverpool are still in negotiations for a new contract amid reports that he is demanding club-record wages.

The Liverpool Echo reports that Salah's demand is not close to half a million pounds even as his current contract will expire in June 2023.

The two-time African Footballer of the Year has become a key player in Jurgen Klopp’s team since he joined the Reds from Roma in 2017, scoring 127 goals in 206 appearances across all competitions.

Arsenal are set for a massive loss on Eddie Nketiah after they failed to sell him in the just-concluded summer transfer window, according to the Sun .

The Ghanaian descent is yet to pen a new deal with the Gunners and he is free to leave the club in January without any fee.

Arsenal reportedly demanded £20 million for the 22-year-old last month after he rose through their youth ranks and made his first-team debut in 2017.