Thomas Partey's two performances against Liverpool in the Champions League were reminders that as complete midfielders with plenty of years ahead of them and affordable release clauses go, there are few better players on the market. 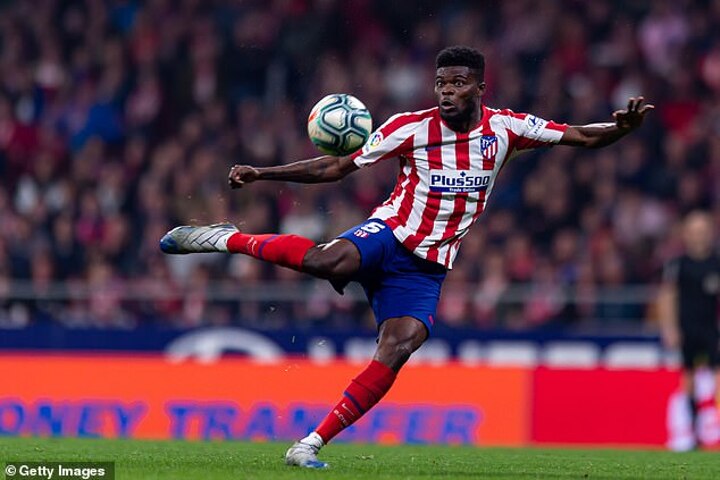 It would be easy to see Pep Guardiola having a use for Thomas; he would probably get into the Manchester United team, and his style would mean he could fit in at Liverpool too.

There isn't a club in the Premier League he would not improve. He is 27 this summer and just £45million snaps open his contract and means he can walk away. It's little wonder that Atletico's to-do list while La Liga remains in quarantine is look at the Ghana captain's situation and try to ensure he doesn't leave any time soon. 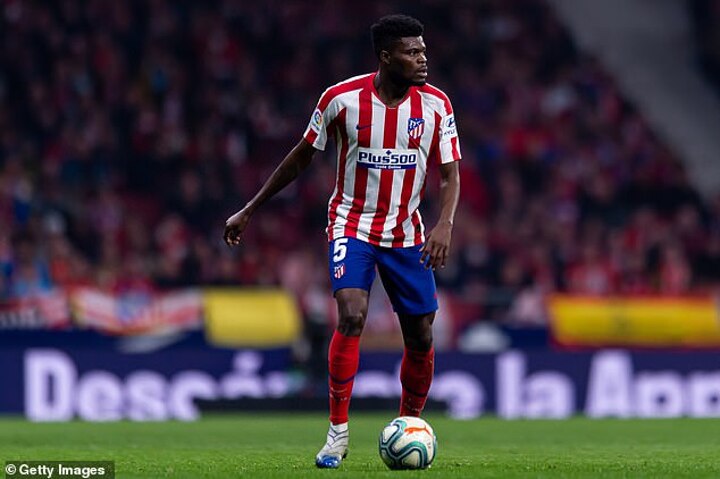 The Premier League is watching Thomas. For many years he was watching the Premier League. Asked who he admired growing up in Krobo Odumase, a town in south-eastern Ghana, he told El Pais in 2018: 'As a midfielder, [Steven] Gerard of Liverpool.' He also named Frank Lampard while reeling off his favourite players and revealing that as young boys him and his pals would hum the Champions League music before kicking off their street games.

Thomas arrived in Spain having just turned 18, plucked from a Ghanaian second division team where he said he got paid only when he won.

There was a risk that he might be whisked off to Europe but then discarded if he never made the grade. Not making it, was not something he seemed to devote too much thinking time about, and he has stayed with Juan Jimenez, the agent who helped him make the move, ever since.

Learning from Gabi Fernandez and Tiago Mendes on the Atletico training ground he soon convinced the club to take him permanently – Atletico legend tells it that after just one session they were convinced and wanted him to sign for their under-18s team. From there he quickly made the step up to the club's B-team.

He spent loan spells at Mallorca and Almeria before returning to fight for a first team place in 2015.

Contrary to the idea that has formed around the tastes of the ultra-combative Simeone he is not over-keen on his defensive midfielders being best known for their lung-busting bursts from one box to the other so Partey has had to mature into the sort of holder that his coach wants. Developing the positioning sense that made Gabi such an Atletico favourite is an on-going process. 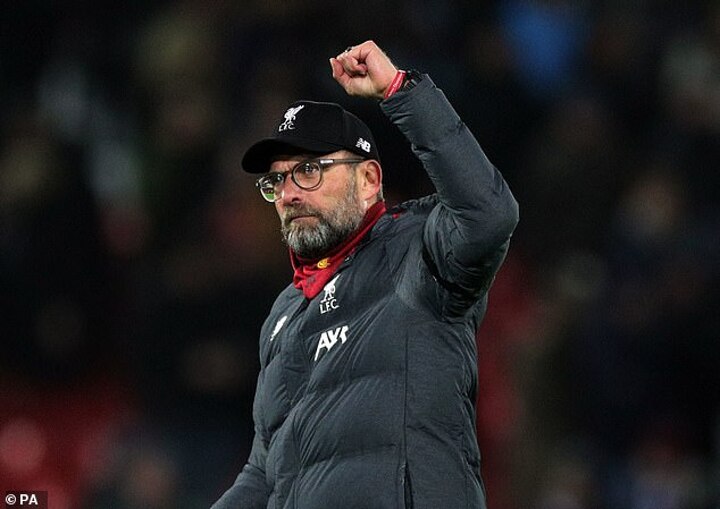 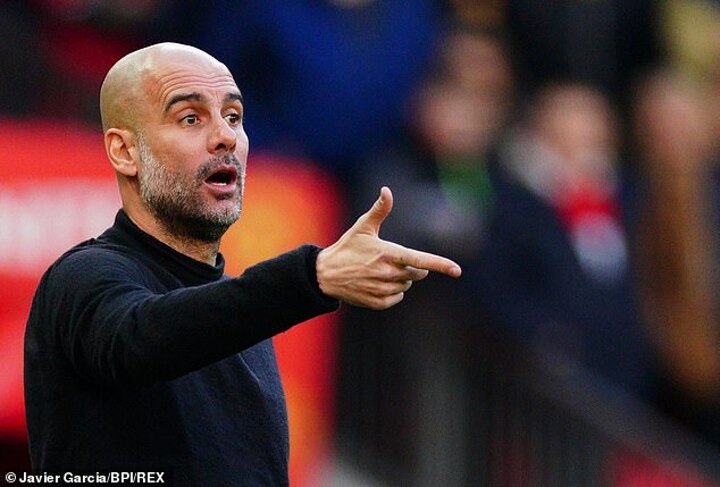 Thomas' departure, at this stage of his career, would rile Simeone. 'If he had signed from United or City we would say what a fantastic player he was,' said the Aletico coach last year, making the point that he is undervalued because he is home grown.

Simeone knows that Thomas' low release clause is not the only reason why the player and club need to negotiate a new deal sooner rather than later.

This season Thomas is the player who has played the third most minutes in the squad, but he is a long way from being the third-highest paid.

If Atletico want to double his release clause and extend his deal for two more years to 2025 then they will need to double his £2.2m euros salary too. 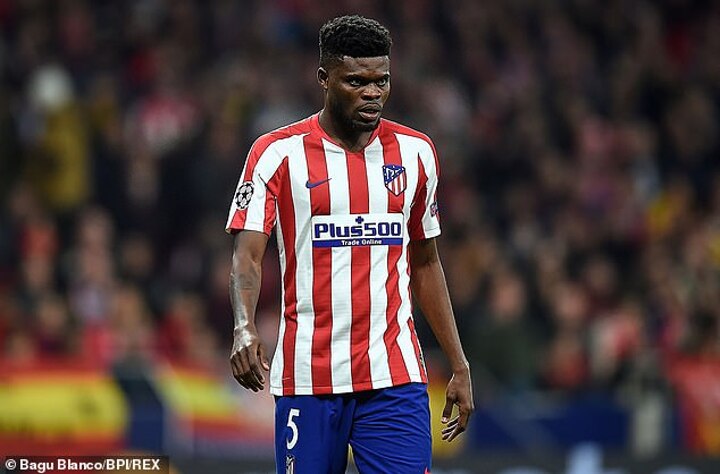 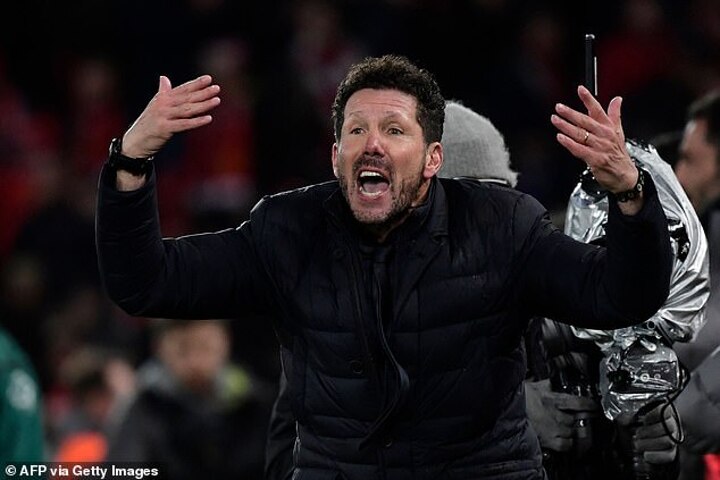 Simeone is in favour of doing just that. He wants to avoid the exodus suffered last season when the departure of veterans such as Diego Godin and Felipe Luis was made all the more difficult to take because of the loss of Rodri to Manchester City and Lucas Hernandez to Bayern Munich.

Thomas is happy where he is. Last summer, along with his agent Jimenez he became one of the four principle share-holders of local Spanish regional third division side Alcobendas Sport. They are committed to building the club and even perhaps bringing in the next Thomas from Africa who can have the same positive career path he has enjoyed to date.

Going off to emulate the likes of Gerrard and Lampard, who he once admired from afar, will also appeal howeverThat is why the biggest clubs in Europe will be keeping an eye on the situation over the coming months. And why Atletico know they need to ensure their dynamic midfielder is still at the club next season.