FC Barcelona presidential candidate Victor Font was adamant that after the losses incurred by major clubs, the forthcoming summer market will be prohibitive for big money moves. 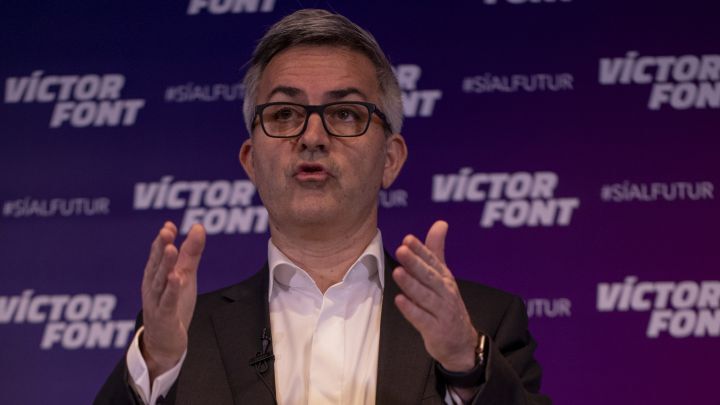 FC Barcelona presidential candidate Víctor Font was blunt in his assessment of major clubs talking about signing the likes of Erling Haaland or Kylian Mbappé as “irresponsible” due to the financial hit that all clubs have taken as a result of the impact of the covid pandemic.

Here at Barça, we can't find a million and a half euro to sign Eric García, to talk about major name acquisitions is just 'hot air' and we need to treat our club members as adults. We simply won't be able to make any big money signings this summer as the club has approximately between 150-200 million euro of new debt. Personally, I think Haaland is a wonderful talent and I speak as a fan. I can see things at Barcelona becoming slightly ‘Florentinizando’ as bolstering any team with the likes of Haaland or Mbappé is easy. It's a trickier task to bring through young and unknown talents such as Pedri or Koundé. That would be our task ahead, creating the future stars of Barcelona”.

Font took a side swipe at Joan Laporta for the former president's refusal to participate in open debates and deemed his actions as a 'huge lack of respect'. Font also requested that club members avoid voting on whims and perceptions. He concluded by stating that he was determined in his task of convincing Leo Messi to remain at FC Barcelona and acknowledged that: “The result against PSG was a bitter pill and it showed up that, despite the good work by Ronald Koeman, we need to ensure there is a solid project at the club”.