Chelsea are planning a double swoop for Erling Haaland and Achraf Hakimi this summer. 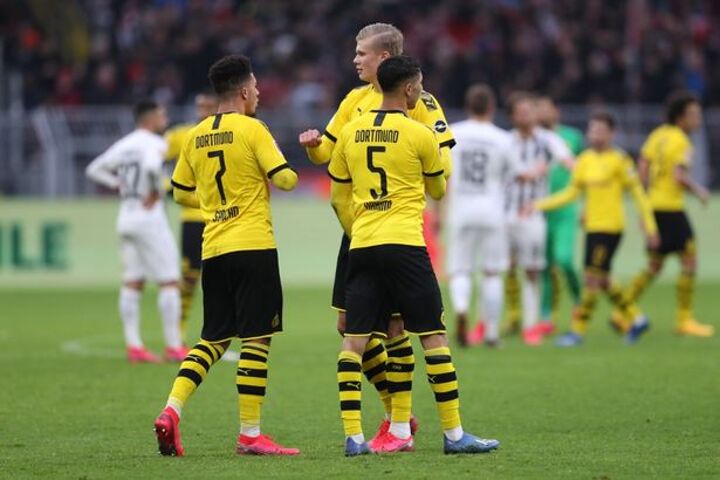 The Blues matched PSG with a £56million offer for the Inter full-back on Wednesday before the Serie A side knocked back both bids as they value the player at £70m.

The fallout from the coronavirus pandemic means the San Siro club are looking to cash in on various first-team players during the transfer window.

Hakimi falls under that category as his stock has risen considerably since his move to Inter from Real Madrid 12 months ago.

The Moroccan international was a standout for Antonio Conte's men as the Italians wrestled the title off Juventus to thwart their ten-in-a-row bid.

The 22-year-old is under contract until 2025 and is earning £75,000 a week after tax as Chelsea now consider whether or not to follow up their initial bid with Inter looking for double the amount they paid for Hakimi 12 months ago.

He is not the Blues' number one priority this summer, however.

It's reported that Erling Haaland is their main focus as Thomas Tuchel looks for an out-an-out goalscorer to help them compete for the Premier League next season.

But the Dortmund rising star will cost Chelsea up to £150m if they want a deal to materialise during this window.

Roman Abramovich can wait until this time next year, however, as the Norwegian's release contract kicks in which allows clubs to sign him for a more manageable price between £65m and £86m.

Haaland has several clubs chasing his signature after he scored 41 goals in 41 appearances for BVB last term, taking his total goals at club level since the start of the 2019/20 season to 85.

It's claimed he is favouring a switch to Stamford Bridge and is willing to wait until next summer for that to happen, according to reports in Norway.

The prospect of Haaland and Hakimi linking up once again is a real possibility after striking up a brilliant partnership during the 2019/20 season when the latter was on loan from Madrid.

Chelsea might not need Hakimi in place to convince the 20-year-old to take his talents to London, but it certainly won't do any harm with the likes of Manchester United, Manchester City, Barcelona and Madrid all vying for his services.