Newcastle United’s takeover by a consortium consisting of the Public Investment Fund (the sovereign investment fund of Saudi Arabia), PCP Capital Partners and RB Sports & Media has been hugely controversial. 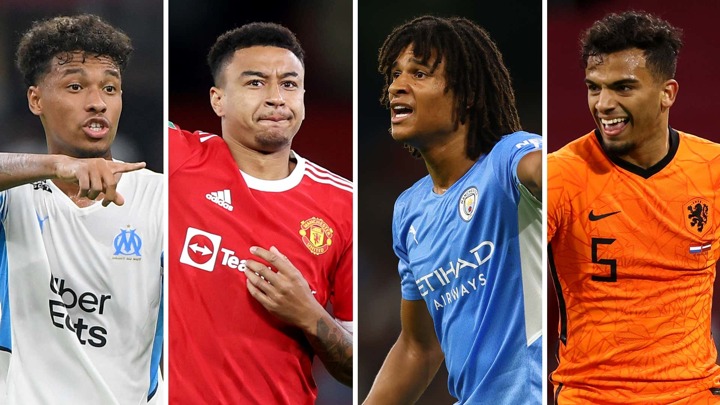 Critics have pointed to the human rights record of Saudi Arabia, as well as the ongoing war in Yemen, insisting that the £305 million ($415m) purchase of the Magpies is a clear example of 'sportswashing'.

“We haven’t been consulted. We haven’t had a choice. What we do have is a responsibility to go into it with open eyes,” club legend Alan Shearer told The Athletic this week.

So, with eyes open, the football industry rumbles on, and attention turns to what Newcastle will do next.

For all the talk of superstars arriving at St. James Park, a more measured approach will be taken. It is also likely the club will be embroiled in a relegation battle for some time, with survival this season by no means guaranteed.

Until at least January, Newcastle - a team without a win from their first seven league games and in possession of one of the worst squads in the division - will need to find results despite significant hurdles: a new manager dramatically altering the playing style; hostile environments from rival fans angry with Saudi Arabia's involvement; and a set of players who know their futures likely lie elsewhere.

The next two-and-a-half months will be spent forging plans, with the first step hiring a director of football and new manager.

The best options from the mooted candidates are Ralf Rangnick – a tactical innovator and hero of Jurgen Klopp and Thomas Tuchel – in the director's chair, with Lucien Favre as head coach.

Favre, out of work since leaving Borussia Dortmund in December 2020, has been a success everywhere he has coached, from his time in his native Switzerland to his spells in France and Germany.

Together, he and Rangnick form a natural fit from a tactical perspective, with Favre's possession football relatively similar to the high-pressing German aesthetic of the ex-RB Leipzig coach.

Should Newcastle successfully get these two in place, then attention can quickly turn to targeting a few key areas for improvement in January.

The new owners are reportedly expected to go for several players in the £20-25m bracket, rather than lunge for the game's biggest names.

Amanda Staveley has already ruled out an approach for Kylian Mbappe, while a graphic from the BBC that has done the rounds on social media – depicting Raheem Sterling and Philippe Coutinho as wing-backs – is very wide of the mark.

Newcastle will probably have a maximum £200m ($272m) to spend, including wages, which immediately rules out a lot of European stars angling for a move and anyone on extortionate wages (e.g. Anthony Martial).

That should come as a relief to Magpies fans; it is far more sensible to build incrementally.

Indeed, it is vital that the club target players who can both make an immediate impact in their upcoming relegation battle and fit in as key performers in a push for the top 10. In other words, they need to sign a calibre of player capable of riding a bumpy transitional period.

To be pragmatic means to isolate a few problem areas for Newcastle, and make approaches with the specific intention of ensuring the team does not finish the season in the bottom three. That should mean focusing on central midfield, central defence, right wing, and left-back, and signing one player in each position.

Let's start with the most glamorous of those positions, right wing. Steve Bruce's defence-first, counterattacking approach has left Newcastle with a lot of quick dribbling forwards, but very few players who can play between the lines; who can drift into central areas and link the midfield with the attack.

Allan Saint-Maximin, Miguel Almiron, and Ryan Fraser are out-and-out wingers, while Joe Willock, signed in the summer, is more of a late-arrival-in-the-box kind of player than a creative midfielder.

Jesse Lingard is the most obvious choice for this role given his recent good form at Manchester United, although if West Ham still hold an advantage then Newcastle could turn to Norwich's Todd Cantwell or Matheus Pereira – a talented and hard-working attacking midfielder who moved to Saudi Arabia in the summer because the money was too good to turn down. The new Saudi owners could surely, though, convince him back to the Premier League.

At centre-back, again the mould of player Bruce has favoured simply does not fit the club's new tactical direction. Newcastle will need someone with greater pace, acceleration, and ball-playing qualities as they transition towards attacking football with a higher defensive line.

James Tarkowski is considered to be high on Staveley's wishlist, but there are surely better options out there. It is possible that Manchester City would consider an approach for Nathan Ake, who has featured in just 12 Premier League games since his move from Bournemouth in the summer of 2020.

In central midfield, Newcastle's tactical shift necessitates a move away from one-dimensional players towards nimble, agile all-rounders capable of covering a larger area of the pitch than was required in the hunched formations of Bruce and Rafael Benitez. The role of a Newcastle midfielder, both on and off the ball, will become far more varied and dynamic now.

Boubacar Kamara, heavily linked with a move to the Premier League recently, will be available at a low price this January as he runs into the last six months of his contract at Marseille. A converted centre-back, Kamara would be a significant upgrade on Isaac Hayden at the base of midfield.

Certainly Declan Rice, whom Rio Ferdinand has suggested Newcastle should approach, is far out of reach, and instead they should be thinking about Oriol Romeu – a hugely under-rated footballer whose Premier League experience would be a big asset in the fight against the drop. Another Southampton player, James Ward-Prowse, could also be available.

At left-back, where winger Matt Ritchie has been deputising for too long, the highly-rated Netherlands international Owen Wijndal would be an astute acquisition.

The 21-year-old has won 11 caps for the Oranje since making his debut 12 months ago, and was widely expected to leave AZ Alkmaar for a bigger club in the summer.

That is four players, one in each problem position, likely to total somewhere around the £100m ($136m) mark in transfer fees: a relatively modest outlay, but a realistic first step for the new owners to begin their journey towards reinventing Newcastle as a glamourous club – and aligning Saudi Arabia with that image.